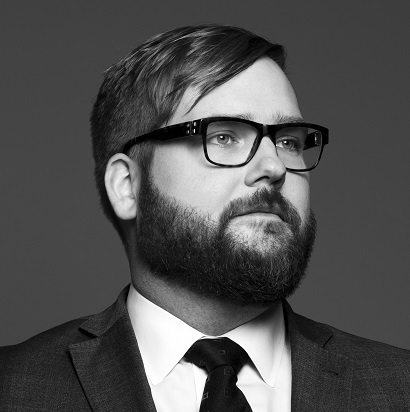 Absent foreign claimants at the gates of Canadian class actions

Class actions are almost invariably complicated and expensive matters for businesses to deal with. Such class actions only become more complicated and expensive the bigger the classes are. Now, in Airia Brands Inc v Air Canada, the Ontario Court of Appeal has given the green light to a class action that includes class members all around the world. This decision has significant implications for virtually all multinational businesses.

By way of background, Airia Brands was a proposed class proceeding involving an allegation that airlines conspired to fix the prices of airfreight shipping services for shipments from or to Canada. While in many ways the case was a fairly typical price-fixing class action, the plaintiffs sought to certify the class that included what are known as absent foreign claimants (“AFCs”).

Specifically, the proposed class was to include persons who directly purchased airfreight shipping services for shipments from or to Canada and indirectly purchased such services through a freight forwarder. The class was not limited to only those persons located in Ontario, or even in Canada; rather, it was sufficiently broad to include individuals who met that definition wherever they were located.

On appeal, the Ontario Court of Appeal allowed the appeal by the representative plaintiffs, holding that AFCs could properly be included as members of a class proceeding in Ontario, even if they were not present in Ontario and had not consented in some way to court jurisdiction over their claims.

The Court of Appeal set out three requirements that must be in place for the court to assume jurisdiction over claims of AFCs:

Applying those considerations, the Court of Appeal held that in each of those elements, the test was satisfied.

With respect to the first stage, the Court held that there was a real and substantial connection between the subject matter of the action in Ontario. The Court noted that all of the defendants carried on business in Ontario, and that the court had presence-based jurisdiction over both the respondents and the representative plaintiff. The Court further noted that the tortious conduct related to airfreight shipments that had Canada as either the shipment’s origin or its destination.

Second, the Court concluded there were common issues between the representative plaintiffs and the AFCs.

Finally, the Court concluded that as a result of earlier settlements, the AFCs had been afforded with adequate procedural safeguards. The Court noted that earlier settlements had included global classes. As a result of those settlements, notice was effected in 140 countries, and mailed notice was provided to 110,000 persons. The website in question received 54,000 visitors from 135 countries as of November 2008. Consequently, the Court held that it was appropriate to assume jurisdiction over AFCs.

In the particular circumstances of this case, there may well be significant logic to the outcome. Because the claims only related to alleged overcharges for airfreight services to or from Canada, one could argue that even AFCs had taken some steps to associate themselves with Canada, such that it would be appropriate for the court to assume jurisdiction over them.  In addition, the class as certified provides symmetry with the scope of the claims certified in other jurisdictions: a parallel US class action was certified on behalf of persons who purchased airfreight shipping services for shipments directly from or to the United States. Consequently, in the circumstances of this case, the court’s decision may not appear unreasonable.

Moving forward, however, it remains unclear as to how extensively a court will assert jurisdiction over the claims of AFCs. For example, will courts invariably assume jurisdiction over a global class of individuals who are injured by a negligently designed product, provided that the representative plaintiff is located in Ontario and a distributor of that product is located in Ontario? Similarly, what will the courts do with price-fixing claims where the conspiracy is alleged to have occurred in Ontario: will AFCs invariably be included in class definitions in those cases? On the test articulated by the Court of Appeal, the answer at first glance would appear to be yes.

In each of those factual scenarios, there are more significant concerns about overlapping class actions in different jurisdictions and issues of comity than in Airia Brands.  However, there is nothing on the face of the test articulated by the Court of Appeal that would limit the inclusion of AFCs to only those circumstances where there is a heightened connection between the substance of the claim and Canada. The test articulated by the Court of Appeal could grant the Superior Court jurisdiction over all claims by AFCs in any class proceeding in respect of which there is a real and substantial connection of the claim with Ontario: that is, in any case in which the court would otherwise already have jurisdiction.

Put differently, as long as some Canadians were affected by the alleged misconduct, and the procedural requirements are satisfied, there is no logical reason why the test articulated in Airia Brands would not confer the court with jurisdiction over AFCs in almost any case. If so, that would represent an extremely troublingly expansive interpretation of the court’s jurisdiction. This may well not be what the Court of Appeal intended, but that interpretation will undoubtedly be advanced by at least some class counsel.

Given the significance of this issue, it would be safe to bet that the Supreme Court of Canada will weigh in on this issue sooner rather than later.