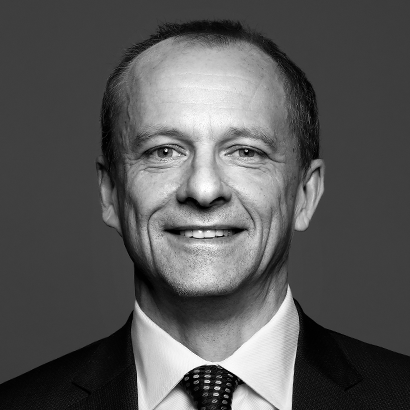 The Admission of Expert Evidence: The Role of Impartiality

It is commonly accepted that the evidence of expert witnesses must be impartial and that they owe a duty to the court to give fair, objective and non-partisan opinion evidence.

In Ontario these principles are enshrined in the Rules of Civil Procedure. Questions have remained, however as to how exactly concerns about an expert's impartiality affect the receipt of his or her evidence.

In White Burgess Langille Inman v. Abbott and Haliburton Co., 2015 SCC 23, the Supreme Court of Canada has provided much-needed guidance as to the relationship between the requirement of impartiality and the question whether the court should receive the expert's evidence at all.

The Court has affirmed that an expert's awareness of the duty to be impartial and his or her willingness to carry out that duty are necessary for an expert's evidence to be admissible. Beyond this threshold requirement, other concerns about the expert's objectivity are to be resolved in the exercise of the court's "gatekeeper" function in controlling expert evidence. The Court otherwise rejected any contention that a reasonable apprehension of bias test applied in assessing the admissibility of expert evidence.

The defendants brought a motion for summary dismissal.

To resist the motion, the plaintiffs commissioned an expert from an accounting firm in forensic accounting to opine on the standard of care.

The appellants brought a preliminary motion to have her evidence struck on the basis of a reasonable apprehension of bias. They argued that the plaintiffs started the action after they had retained auditors from a different branch of an accounting firm to perform various accounting tasks and which in their view revealed problems with the defendants' previous work.  The defendants argued that there was a reasonable apprehension that the expert from would be biased because of the risk that her firm would itself be sued if her evidence was rejected, or if she changed her evidence.

The motion was granted at first instance, but a majority of the Court of Appeal allowed the appeal, concluding that the motions judge erred in excluding the affidavit.

The Court set out a comprehensive framework for the admissibility of expert evidence. Justice Cromwell canvassed the jurisprudence, and adopted "with minor adjustments" the two step analysis for admissibility set out by the Ontario Court of Appeal in R. v. Abbey, 2009 ONCA 624:

At the first step, the party leading the evidence must establish the threshold requirements of admissibility (relevance, necessity, absence of an exclusionary rule and a properly qualified expert and, in the case of an opinion based on novel or contested science, the reliability of the underlying science). Justice Cromwell held that impartiality is a new threshold requirement for the admissibility of expert evidence.

The second step of the Abbey test requires the court to exercise a gatekeeping function, balancing the potential risks and benefits of admitting the evidence in order to decide whether the potential benefits justify the risks.

Justice Cromwell summarized the role of impartiality in admitting expert evidence as follows:

In my view, expert witnesses have a duty to the court to give fair, objective and non-partisan opinion evidence. They must be aware of this duty and able and willing to carry it out. If they do not meet this threshold requirement, their evidence should not be admitted. Once this threshold is met, however, concerns about an expert witness's independence or impartiality should be considered as part of the overall weighing of the costs and benefits of admitting the evidence. This common law approach is, of course, subject to statutory and related provisions which may establish different rules of admissibility.

Application to this Case

Applying this test, the Court held that the motion's judge made a palpable and overriding error in refusing to hear the evidence of the expert solely because the accounting firm had advised on another aspect of the matter.

First, the Court rejected the appellants' suggestion that the expert from was necessarily unable to provide independent evidence.  "The fact that one professional firm discovers what it thinks is or may be professional negligence does not, on its own, disqualify it from offering that opinion as an expert witness. Provided that the initial work is done independently and impartially and the person put forward as an expert understands and is able to comply with the duty to provide fair, objective and non-partisan assistance to the court, the expert meets the threshold qualification in that regard."

Second, the Court rejected the suggestion that the expert lacked independence because she "incorporated" some of the work done by the other branch of the accounting firm.

While providing much-needed guidance, the Court's decision in White Burgess Langille Inman v. Abbott and Haliburton Co leaves some questions unanswered, most notably the problem of the so-called "participant expert" (such as a treating physician in a medical negligence case who has occasion to form opinions about the subject matter of a case because he or she was actually involved in it). The Ontario Court of Appeal in Westerhof v. Gee Estate, 2015 ONCA 206 rejected the notion that such experts must necessarily comply with threshold requirements to certify their objectivity before being permitted to give opinions arising out of personal observations.

The Supreme Court in White Burgess does not make any pronouncement on this issue, and for that matter does not even cite Westerhof. Accordingly, while White Burgess provides much-needed clarity, it can be expected that the application of its impartiality analysis will develop as it is applied to specific circumstances such as the "participant expert" problem.

*Jon Laxer of Lenczner Slaght was counsel at the Supreme Court of Canada for the respondents.